As we approach the middle of our winter season, I would like to take this opportunity to highlight one of our coaches. As you may know, high school coaches work long hours for little pay and the job is year round. Many coaches are on-call as a mentor to their athletes 24 hours a day. 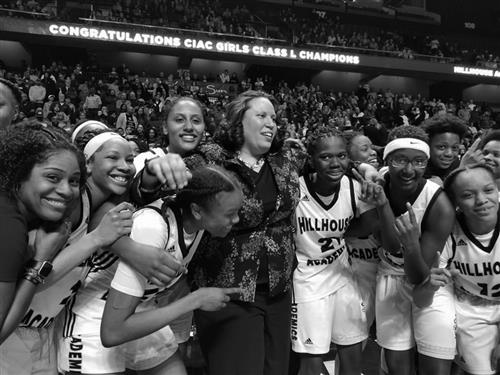 Catrina has a strong desire to develop the young ladies that she coaches both physically and emotionally. Her goal is to develop the whole child to help students  become successful in life way beyond basketball. Coach Catrina has coached over 25 students who went on to play college basketball including Connecticut’s first girls McDonalds All American and WNBA player.

She is a mother of three children and an outstanding role model for all the athletes she has coached through the years. New Haven is lucky to have her at the helm of Hillhouse basketball for so many years. Catrina Hawley-Stewart is New Haven Athletics!